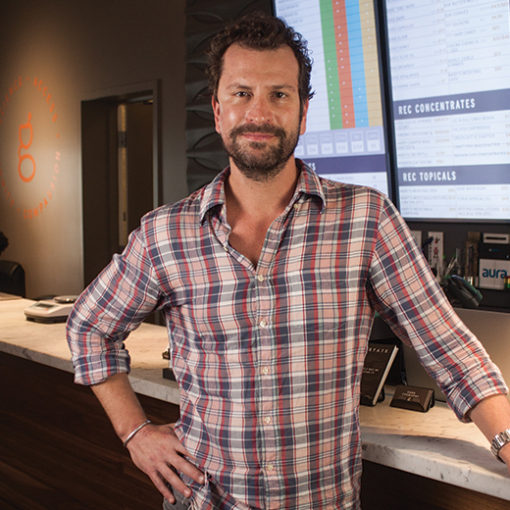 In the 1990s Huron, who is straight, turned to cultivating cannabis as his dad and his dad’s partner both suffered from symptoms of HIV/AIDS. Sixteen years ago he started the Elmar Lins Compassion Co-Op, named after his father’s partner, to provide medical marijuana to hospices and assisted living facilities in the Bay Area.

Lins passed away in 2008, and after his father died the following year, Huron relocated his business to Denver, Colorado. In 2010 Huron, 42, opened his first Good Chemistry marijuana dispensary in the shadow of the state Capitol, an area of town that reminded him of San Francisco’s Mission District.